Thai AirAsia X is the first affiliate of the AirAsia group to receive the brand new Airbus A330neo in its fleet. The carrier is due to get a total of 78 aircraft of the same type to equip both its Malaysian and Thai affiliates.

The two aircraft, registration numbers HS-XJA and HS-XJB, are now based in Don Mueang Airport and will operate scheduled services to key destinations throughout Asia Pacific, facilitating growth of AirAsia’s long-haul operations from Thailand. 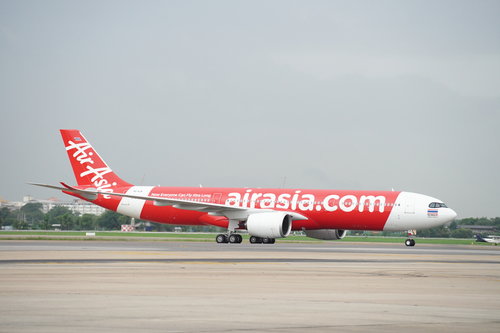 AirAsia has configured the cabin of its first two A330neo aircraft to accommodate 12 Premium Flatbeds and 365 standard seats. This new specification aircraft features more personal space for guests, larger cabin storage, ambient mood lighting, power sockets in every seat and the quietest cabin in its class.

AirAsia X Group CEO Nadda Buranasiri said, “We are proud to welcome the future of long-haul low-cost travel with this state-of-the-art aircraft, while at the same time being the first carrier in Thailand to operate the A330neo for guests across Asia Pacific.

“Not only does this new generation aircraft deliver significant cost benefits which we can pass on to our guests, in the form of great value fares, but it also unlocks exciting network expansion opportunities and enhances the guest experience with numerous modifications and features.

“We remain committed to taking full advantage of this revolutionary aircraft as we look forward to offering the best value and comfort for long haul air travel. AirAsia X Thailand currently operates 12 aircraft and targets to receive 2 more by the end of this year. From next year onwards, we will receive an all-Airbus A330neo fleet,” he said.

The A330neo will be initially deployed on existing long-haul routes from Bangkok operated by AirAsia X Thailand (carrier code XJ), including to markets such as Japan, Australia, China and South Korea.

Phuket Gets Connected to Siem Reap